So, I recently learned a neat little trick that you might find handy as well. It’s so easy, it’s silly. Credit where credit is due, of course.

Ready for this? You fill a rice cooker with rice and water, as you would normally do, but then you also throw in a whole tomato.

You remove the stem and rough spot around the top, plop that sucker in the water, turn it on, and when the rice is done, so is the tomato.

It’s suggested that you add a tablespoon or two of olive oil as well as salt and pepper for seasoning. But the best part? You can add whatever else you want, too.

I went with a green bell pepper: 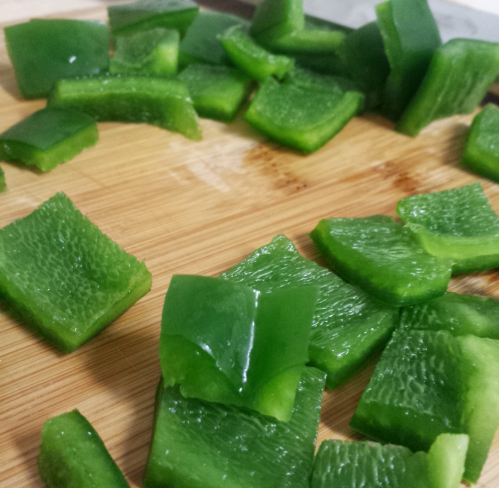 Here’s my setup all together. Admittedly, I could have washed the rice a little better, but it still turned out well. You can see the globs of oil on the right, and some of the salt and pepper on top of the tomato. Traces of green pepper all around.

That’s what it looks like when it’s done. You pop open the tomato and mix everything around. To this, I added albacore tuna. Once I mixed it in, I got this:

What a meal. It was very peppery, just FYI, so if you don’t like pepper, don’t add so much. I don’t have exact measurements, but that’s all to taste anyway. I went light on the salt in fear that it would be too salty, but the next time, I’ll probably add a whole tablespoon.