Why? Because, Tom, you made this all possible.

You know what’s super easy to make? Peach moonshine. Why? You take peaches, put ’em in some moonshine, and wait.

I’m waiting at least six months. I’m waiting for a cold, February night when it’s icy out. That’s when, itching for some stimulation after a restless day spent at home, I’m going to open up these mason jars and taste my efforts.

There’s still time to go to the supermarket and pick up some peaches! Just don’t forget the moonshine. That might be a little harder to find, but check your local liquor store.

I used some local moonshine from West Virginia (which is also where the peaches came from): 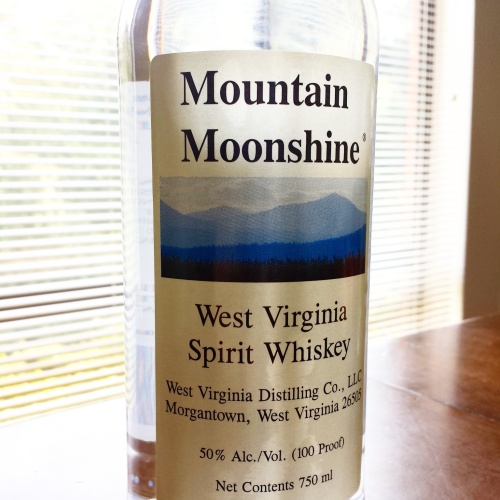 Those peaches were ripe and very fuzzy.

Now, I had 16 peaches. Eight of them were ripe (conveniently), and eight needed a few days. I quartered the first eight and threw them in the mason jar: 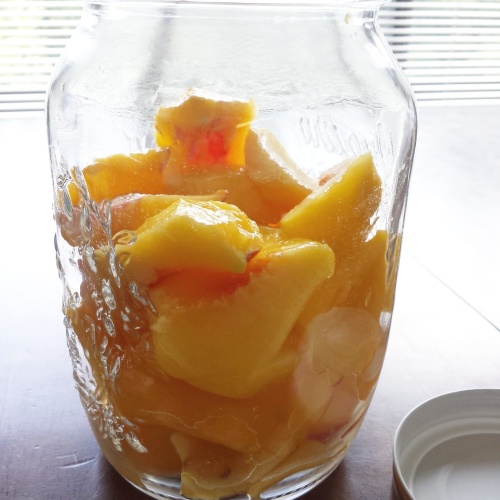 And the aerial view:

Next, just fill ‘er up so that the moonshine covers the peaches. Now, those peaches will float and be exposed to the air in the top of the jar. To combat that, I turn the jars over every day (or every couple of days) so that each part of the peaches are covered in the alcohol. 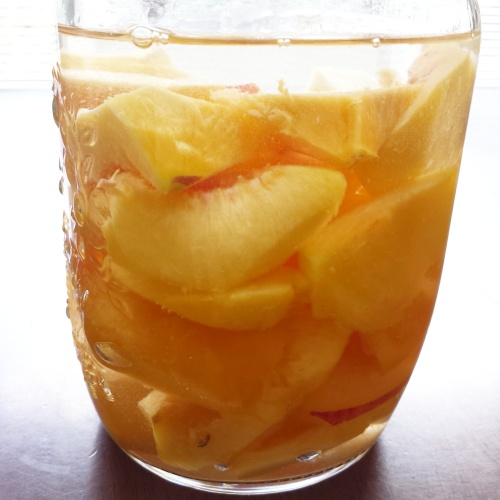 A few days later, the remaining eight peaches were ready to cut. Instead of quartering them, I cut them in eighths: 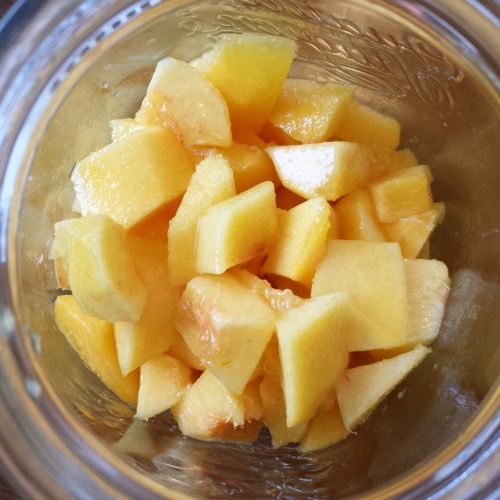 Here’s a photo of the two jars about a week after I jarred the first batch of eight peaches:

You can see how the peaches float on the right. That’s why I turn the jars around. Don’t worry, the seal is tight enough that there won’t be any leaking. As the peaches begin to break down, they’ll lose their bright color. That’s okay. They’re infusing the alcohol with their SOUL! It’ll pay off one day in a few months.

It’s been two months since I started making these. What do they look like now?

They look like that. The peaches have lost their bright color and the liquid is cloudy. Not the prettiest, I suppose, but I have a feeling it won’t matter after I pop these babies open.