Delirium Cafe opened up recently in Leesburg, Va., and it’s worth the hype, especially if you can get there at a time other than peak hours, which we did.

They’ve got a draft menu of 26 beers, many of which are brewed by Delirium (the number of which surprised me, actually — there are many!), and some of which aren’t.

I got the Floris Apple (3.6% ABV) and the Zitrone Lemon Radler (2.5% ABV) because I was feeling something fruity since the weather was hot, and something that wouldn’t put me to sleep, as this is what generally happens when I decide to drink during the daytime.

Foodwise, we went with the truffle fries, which were tossed in some truffle oil and topped with some salty, shaved pecorino cheese. The fries were served with a mellow aioli dip.

Then, I went straight to dessert. The caramel waffle.

It was tasty and not too sweet; it had that deep caramel flavor that you get when you make it yourself. Very good, though a little dry. Were it served with more sauce, maybe on the side, it would have really, really elevated this waffle. Elevate your waffles!

Still delicious, and priced at $6.99, I’d recommend ordering it to sate your sweet tooth. 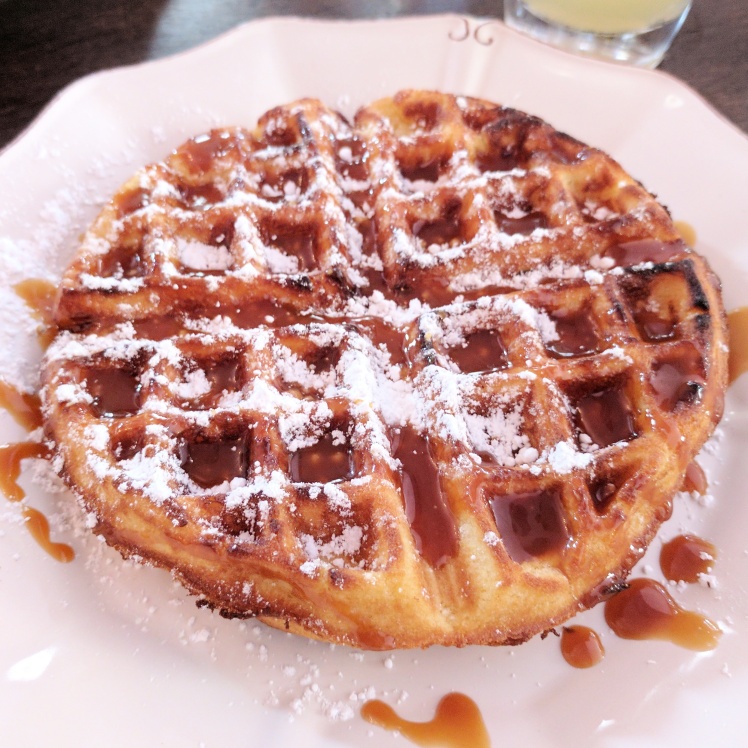